Summer in the “Heartland” 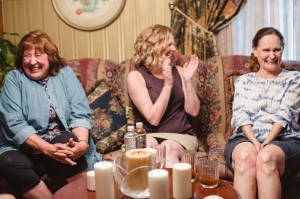 With Eve Gordon and Beth Grant having a great time in one of our scenes in Heartland! 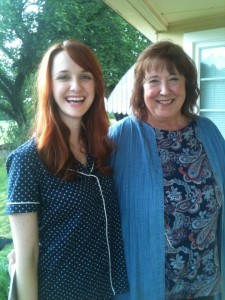 Laura Spencer ( Big Bang Theory) and I on set 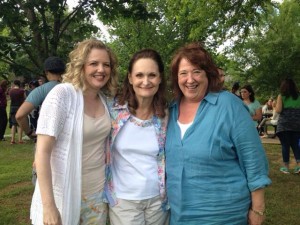 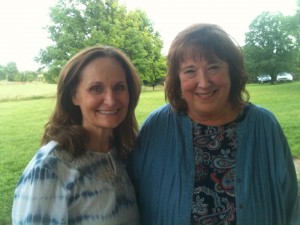 Beth Grant and I, Heartland

“Heartland” is a feature film currently in post-production phase. It was filmed in Oklahoma in May 2015. It’s the story of a heartbroken Oklahoma artist, Lauren, who exposes cracks in her family’s complacent suburban routine when she falls for her brother’s girlfriend. This story explores the shifting nature of sexualtiy, the limitations of love , and the definition of family, all driven by denial, and unexplored grief at the loss of a loved one.”

I’m thrilled to have played the part of Gail in this film this summer.  Beth Grant, Eve Gordon, and I were the church ladies with the pyramid scheme and had so much fun on set. They are all dear people who made everyone feel welcomed and appreciated.

Hard to believe I’ve been home in Houston since April and we’re now near mid August!  It’s been great settling back in with family.  In addition to the film, I’ve been keeping busy with voice over from my studio and other studios here in Houston, taping tons of film and tv auditions for projects around the country, and traveling for 2nd callbacks to Austin and another scheduled this weekend near Nasa.  Then, it’s on down to Galveston for a few days with family on an impromptu beach getaway.  Will celebrate my Mom’s 87th birthday there, too!  Attended a beautiful wedding for my niece in Dallas last weekend, and the party just continues.  🙂

I’m excited to be heading back to LA in September for episodic season.  Although, there are a couple of film projects still casting here – and if I have to reschedule my travel dates, so be it!

Since this post, the film has premiered in San Jose at the Cinequest Film Festival and won honors as a favorite! It will also be screened at DeadCenter Film Festival in Oklahoma in June!